Anyone who has taken a business course has seen the business cycle chart. A perfect sine curve with expansion, peak, recession, trough and recovery all neatly taking their turns in perpetuity. The whole thing is such common knowledge we don't even question it. I'm going to make the case that thinking about the economy or stock market as a cycle is not only wrong, it is dangerous to your financial future.

Right now, you're probably thinking, the whole economic world agrees on the cycle, why would I listen to this guy? Good question.

Let's start by thinking of cycles. Cycles are a series of events that repeat at regular intervals. Lunar cycle, moon does the same thing about monthly. Seasons are a cycle. Spring, Summer, Winter, Fall always the same order and about the same length depending on the groundhog.

Now do the business cycle. The market hit rock bottom in March of 2009. By 2010 "experts" were speculating about a double dip recession. After 10 years the economy is still growing. That means the growth portion of the cycle is between 1 year and over 10 years. That doesn't sound like a cycle, does it?

If no one knows how long a cycle is how can you know where you are in the cycle? When you hear someone on TV or radio saying we're late in the growth cycle or in the 9th inning of a bull market, disregard whatever they say next. It doesn't mean they are wrong, but they are assuming some reversion to the mean that doesn't exist.

For context, imagine your buddy is playing roulette. He's betting red, red, red, red, red and losing. He looks to you and says, "we're in the ninth inning of the black cycle I'll win on the next spin." If he's right is it because he understood the "cycles" of roulette?

In the case of economists, they are looking for a pattern where only two things can happen. GDP goes up. GDP goes down. Any time it switches they say "AH HA, A cycle! Things go up until they go down, and then down until they go up, and it cycles back and forth."

This is an unproductive and unprofitable mind frame. Rather than looking for patterns in the past, consider embracing uncertainty in the future. Admit you can't guess what happens next. Then build a plan that has you ready for everything. You might like this approach because, people with only good outcomes don't stay up at night worrying about what happens next. 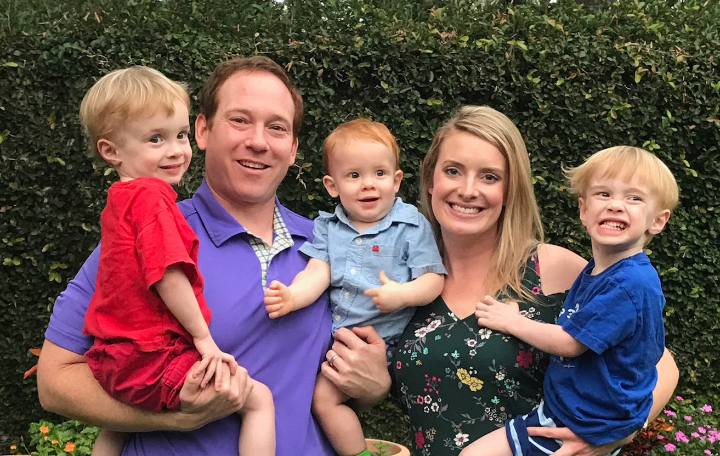 See how a financial plan can help put your family on a path to a more successful future.

Learn More
Jake Carris Financial Planning is an Investment Adviser registered to the States of Florida and Pennsylvania. All views, expressions, and opinions included in this communication are subject to change. This communication is not intended as an offer or solicitation to buy, hold or sell any financial instrument or investment advisory services. Any information provided has been obtained from sources considered reliable, but we do not guarantee the accuracy or the completeness of any description of securities, markets or developments mentioned. We may, from time to time, have a position in the securities mentioned and may execute transactions that may not be consistent with this communication's conclusions. Please contact us at (407) 489-1186 if there is any change in your financial situation, needs, goals or objectives, or if you wish to initiate any restrictions on the management of the account or modify existing restrictions. Additionally, we recommend you compare any account reports from JCFP with the account statements from your Custodian. Please notify us if you do not receive statements from your Custodian on at least a quarterly basis. Our current disclosure brochure, Form ADV Part 2, is available for your review upon request, and on our website, www.carrisfp.com. This disclosure brochure, or a summary of material changes made, is also provided to our clients on an annual basis.